St John’s students have been making the news for real today by taking part in BBC News School Report.

Lily, John and Suriya have written an informative piece on the importance of exercise, and included some activities that young people can take part in:

Mia and Iqra have prepared at thoughtful report on how worries and concerns can affect the mental health of young people:

Kye has discussed the benefits of dog ownership, and shared some of his personal experiences :

Most people thinks dogs are good for your health

Here are the video reports from our year 11 girls, who interviewed prospective Labour MP Veronica King.

Here are the latest video clips made by our pupils for the BBC News Report.

Pupils in the Drama Studio on BBC School Report Day

Click on the links below to to view the clips

Year 8 did a report on their trip to Eden Camp

Our Year 11 students have been practising writing news reports…..

On the 4th of February 2014, St John’s School for the Deaf went to Derby to play football. We were meant to play 8 matches, but unfortunately we only played 7 games. Because one of the school in my group had to drop out in a due of an issue! The tournament was an event for school for the deaf from North of England!

My team (boys) had won once, drew five times and lost once, which it makes seven matches played plus a match postpone. We had lack of chances in most games, because we were busy defending against the other school. However, we did get some goals in! Overall as a team, we were joint with Derby in the position of 3rd place in the table, but Derby had more goals than we did. Which that put us in the 4th place in the table by goal differences.

Our keeper Ellis was brilliant in goal! Saving goals and he did astonishing save from the penalty spot. My team was quite impressed on how he performed in these matches throughout the games in the group table.

My team wasn’t happy about a number of the referee’s decision, for example the free kick, we were meant to have a free kick after a heavy tackle but we didn’t received one, but we had to carry on. Every time that my team play these games, which was a lot of contacting like pushing, pulling and heavy tackling! We did follow the rules but our team didn’t understand how come these rules didn’t get into the referee’s mind! Since another team that we were against, they didn’t follow those important rules and we didn’t get any free kicks! We once try doing without these rules, we end up a foul. It was so UNBELIEVABLY shocking.

Overall, that my team was strong to keep the games alive and tried hard to keep the result as good as possible, so we were strong enough that we got five draws and one win in overall. That is a great result, which shows that we could improve in football next time whenever we play next match! Last of all, my team practises every day through the week. If we could improve the skills and the quality of football, then maybe we could be better next year.

I would like to say thank you for the people, for us to enjoy ourselves and for the opportunity to play against other teams for fun. 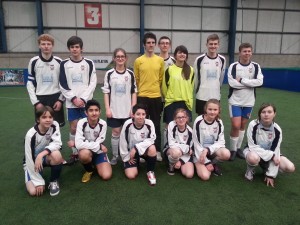 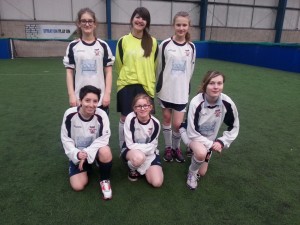 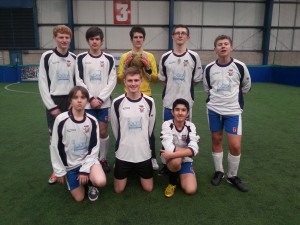